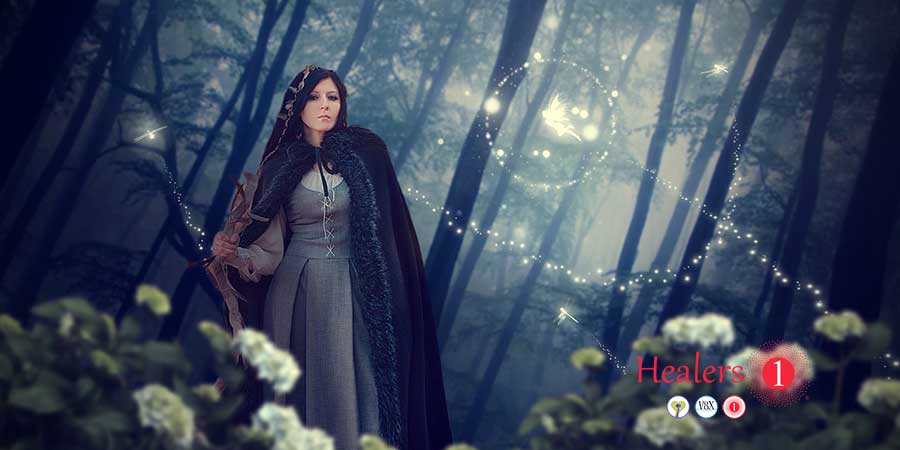 For many of the uninitiated the role of the medium is regulated to a device plot. We’ve all seen those scenes in movies where the fortune teller comes out from behind velvet curtains, seats themselves in front of a crystal ball, and proceeds to share some pertinent (or perceived to be pertinent) information with the protagonist. See for example the opening scene in the 1994 Marisa Tomei and Robert Downey Jr film, Only You, in which Faith (Tomei) is shown as a little girl roaming the classic small town summer carnival. She is taken into a back room by a gypsy-style fortune teller who informs her that it is “Written in the stars” that love will come to her one day in the form of a man called Damon Bradley. This sets her on a specific life-long course of her inner quest for love that culminates in Milan,Italy – the city where she believes her mysterious fated love is to be found. While she does not in fact, end up marrying Damon Bradley, she does indeed find love. One might interpret the underlying theme of the story to be how the fate in our stars is more like a “True north” than a set of cosmic blueprints or a cheat sheet for the future.

Such is the cosmic compass the real life psychic medium helps us connect to in everyday practices. The concept of the psychic medium has a fascinatingly storied history stretching back to the age of early Egyptian letters to the dead and including multiple nods* in the Bible of Christianity, a faith that traditionally frowns on mediumship. The role of the medium began to undergo it’s evolution into our current era about the mid-19th century with the dawn of the Spiritualist Movement- a movement thought to have been set in motion by the somewhat dubious Fox sisters of Hydesville, New York. “Dubious” because two of the three Fox sisters would go on to publicly denounce their supposed ability and all spiritualism while the last sister to pass away was cited by her doctor to still be able to ask questions of spirits and receive answers in the form of knocks on the walls and ceiling while dying and no longer able to move her arms and legs much less execute a planned hoax. The role of the medium in today’s culture continues to be a divisive one. There have always been those willing to exploit people through a cause or movement with greedy intentions. While that is a constant reality to be wary of, we would be wise to guard against societal pressure to tune out all manifestations of mediumship in the world around us.

Cultures throughout history have openly acknowledged and harnessed the natural gift of mediumship in various forms.

You, truth-seeker, may be wondering how mediums might be relevant to your own spiritual development. There are indeed many ways the modern medium does actively assist us in our individual journey to enlightenment and in some cases, in healing of the soul when we have been so wounded that we stall on the path of own spiritual development. In general, mediums of all eras have acted as liaison between us and the “Otherside” or spirit realm. The term itself derives from the latin word “medium” directly from the root “medhyo” meaning “Middle” and is defined as “a middle ground, quality, or degree; that which holds a middle place or position,” noun use of neuter of adjective medius “in the middle, between; from the middle” – etymonline

Mediums act as a literal mediator enabling communication between us and disembodied entities such as those who are no longer on this plane of existence. During the spiritualist movement this was often accomplished with elaborate seances that included various arcane props such as ouija boards, pendulums, crystal balls and dramatic effects such as loud knocks and bangs on the walls of the seance room and its furniture. Today they tend to work with a more organically intuitive process. Go and consult with a professional psychic medium today and you may be surprised by how much the whole affair resembles an ordinary conversation! A conversation, albeit that just happens to include dialogue with a person no longer attached to a human body. While modern mediums have evolved the practice well beyond the realm of superstitious theatrics those earlier days of spiritualism have served to evolve psychic culture in a broad and utilitarian way. Thus many elemental hold-overs persists to this day in the more or less cannon repertoire of present day psychic mediums and many mediums still employ a host of traditional methods. One such method that is still common today is channelling – a spiritual ritual that involves going into a trance and allowing the spirit to temporarily inhabit one’s body usually for the utilization of either the channeler’s hands or mouth in order to produce communication written or verbal. But this is not always what happens in a modern medium session. He or she may give a tarot reading, an aura reading, perform dream interpretation, or they may just simply relay what a certain spirit has to say to you by way of mental impressions – a sort of inner hearing ability mediums naturally posses and cultivate over their careers. This type of perception comes via an individual’s brow chakra (or third eye). One might get mental images in flashes. For example a mental flash might show the medium the spirit that is nearby/attached to the client and the spirit can further communicate at ease when the medium’s brow chakra is clear and they have honed their skill of psychic hearing. Words from the spirit may come through to the medium as clear or “Loud” thoughts that insert themselves into the mind of the medium in a way that is incongruent with their own. This ability is carefully wrought with meditation and practice. Some mediums are naturally good at it but the skill can be cultivated over time.

Whatever the methodology employed by the medium his/her role is primarily to help us connect with the Spirit world for the purpose of closer, comfort, affirmation, and healing. Some people find great comfort in conversing with non-living loved ones with the help of a medium. While others may find great healing through the resolution provided by the wisdom of the dead/disembodied the medium provides. Still, others may seek direction or answers to perplexing issues through the wisdom and information passed on via medium services. Whatever the reasons we might have for employing the services of a medium, it is clear that mediums remain an invaluable fixture in the arsenal of modern day spiritual development and in the navigation of daily life.

One of the great teachers of the Spiritualist Movement, Allan Kardec believed in and noted 73 distinct types of mediums in his 1861 book, “The Book on Mediums”. It is now widely believed in various spiritualist and new age circles that all humans are born mediums with a kind of sixth sense that allows our species to perceive information beyond our physical senses and receive communications from entities existing on different planes. In short: All of us are mediums. We all have the innate ability to connect with Spirit. We may find this ability manifesting in a number of ways as spiritual gifts differ from person to person. Kardec believed these gifts include healing, supernaturally influenced musical and artistic abilities, apparition sighting, telepathy, and clairvoyance.

What kind of experiences have you had that might be manifestations of your own psychic ability?