Shamanism- The Sacred Job Of A Gifted Healer 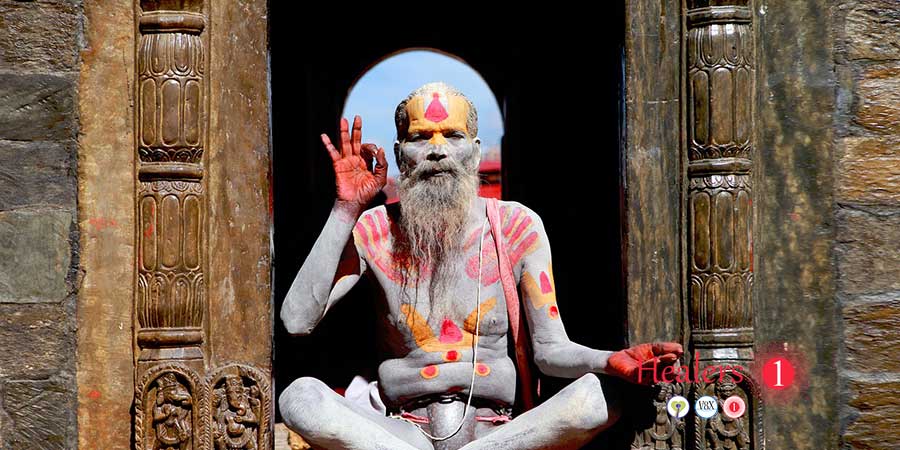 Shaman is a very ancient and integrated communal role in human society. It is found in nearly every culture on every continent throughout the ages. Because it is an actual historical role in a tribe or community it tends to carry more specific parameters and highly guarded traditions than its more modern Energy Healer counterparts. These traditions and rituals vary from culture to culture. Shaman is often chosen by birth. These individuals possess an innate desire that blooms in a person as they age. Historically, many shamans have served their community out of sacred duty while maintaining their regular occupation to support themselves and their families. An individual can also begin their sacred journey of transformation into shaman as a result of an awakening event in their lives. This is the period in a person’s life that serves to activate their calling such as the survival of a serious illness or, often, via a deep depression.

Speaking from my own experience with shamanic gifted individuals: I believe Shamanism is a spiritual heritage. One born in this spiritual bloodline possess a natural degree of spiritual maturity and an innate inner sense of navigation through matters of the Unseen. I have known individuals who naturally understand how to cleanse negative energy and how to bless objects and imbue them with positive energy making their own totems. No one has ever taught them this – it’s just instinct. There are some among us who dream the future and meet people before they meet them in Waking Life. These individuals tend to be looked up to in their respective communities. People naturally seek them out for guidance. They are excellent advice-givers and communicators. But a large percentage of them don’t seem to understand why they are like that. Therefore very few cultivate those gifts. So there is a great distinction to be made from those who are born with Shamanic abilities and those who actually go through the years-long apprenticeships and rites of passages that prepare them for effective, life-long service.

A traditional shaman fulfills a very multifaceted role in his or her community. These individuals historically have served as counselors, doctors, apothecarist, priest, and even exorcists. There are still communities in the world where shamans serve all of those rolls. But I believe that many walk among us both knowingly and unknowingly. Shamanism has always been an evolving role meant to adapt to the needs of the people being served. Shamanic healing is an ancient practice that connects us all back to the very first tribes of humans. Some spiritualist and even some anthropologist sometimes credit shamans for the survival of early humans. Because they were responsible for medicine and were knowledgeable of which plants held medicinal value as well as which plants could kill. They were basically the first doctors. It is very important to note the significance of the duality in the role of Shaman. An early name for them, “Curandero”, meant “Walker Between Worlds”.

They were the first in their societies to establish and maintain ongoing communication with other astral planes. They knew how to navigate our physical world in both practical and spiritual ways. They were also well trained in how to show others the way to solutions needed for problems using tools from both worlds. Modern society would greatly benefit from reconnecting with the medicine of the shaman. Today we are so divorced from that duality often seeking only healers of physical methods for the physical body or a minister of a religious doctrine for spiritual matters completely forgetting that either method was never meant to be separated. Our physical health and our spiritual health are essentially one in the same. That is what the shamans of old believed and it was this knowledge they based their practices on. Because they were aware of the truth they were able to be receptive from the powers of the Unseen to enact healing in ways we tend to only think of as fantasy in our modern minds. Western medicine does have its place. Certainly spiritual beliefs do as well. Perhaps we are seeing a revival of shamanism in modern communities. There is a reason beyond simple cultural fads that you see a lot of people traveling to Peru for traditional healing ceremonies and sacred initiations. I believe these are souls drawn to a shamanic at calling. They have at times been called “Cultural appropriators” especially when they happen to be from the Western World. While it is true that anyone can abuse the sacred customs I think it’s important that we don’t dismiss the possibility that these individuals are honestly responding to a very real and deep spiritual calling. Their communities would be better if they were properly trained in how to use their gifts and unfortunately cultures like in the United States don’t often provide a proper environment let alone their resources for such vital training. This is precisely why we do what we do so that we might provide a safe haven to learn, connect, and grow in all matters of spiritual health.

Have you ever experienced the benefit of shamanic healing?